JUST JARED’s SPOTLIGHT COVER STAR Kiernan Shipka was merely six years old when she was cast as Don and Betty Draper’s daughter on Mad Men. She’s played her character Sally across eight years on the show, growing up in the spotlight as one of TV's brightest young stars. Now at fifteen, Kiernan has a thriving film career and has solidified her status as a fashion "It girl" thanks to her impeccable style on and off the red carpet. 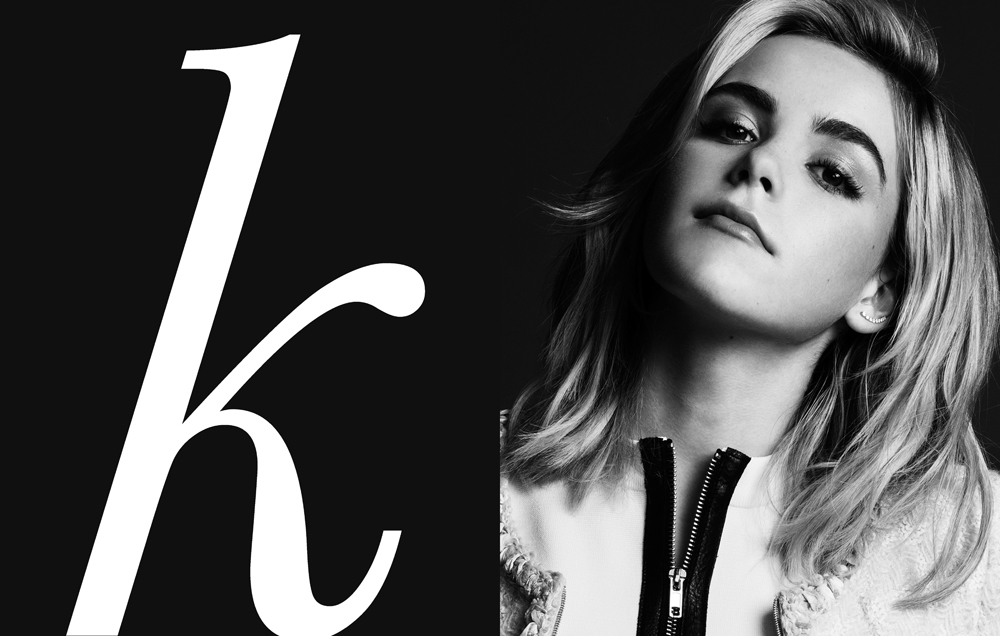 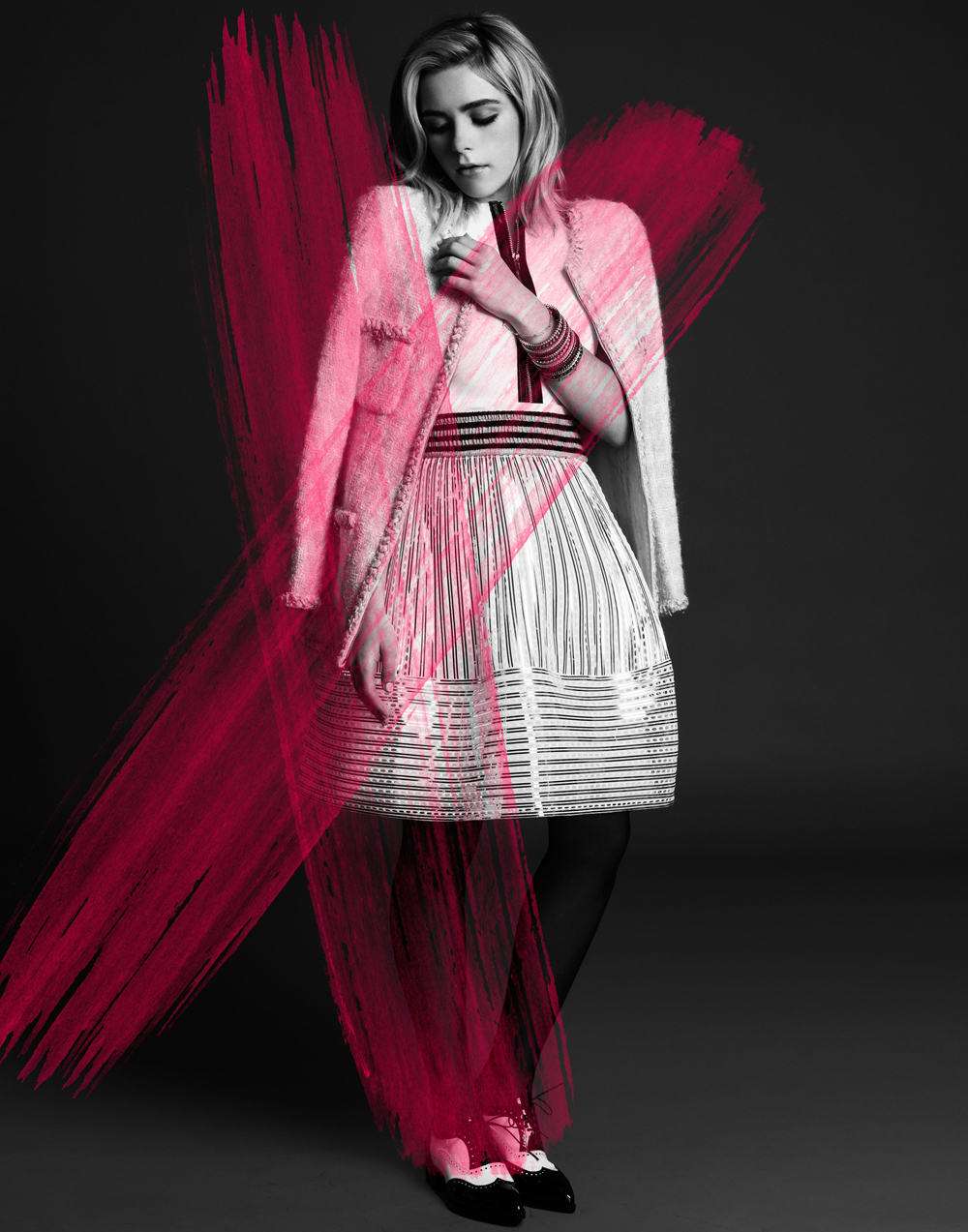 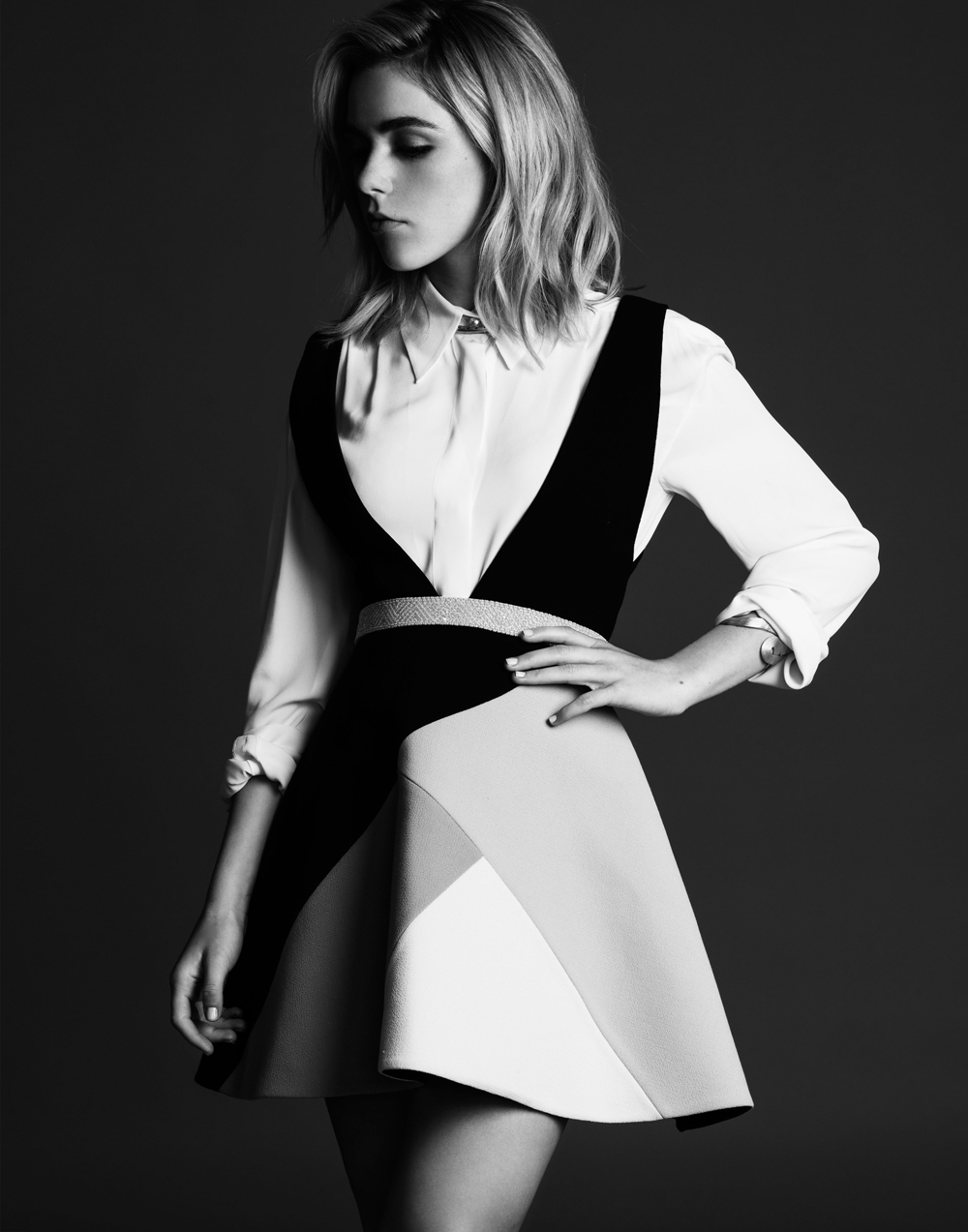 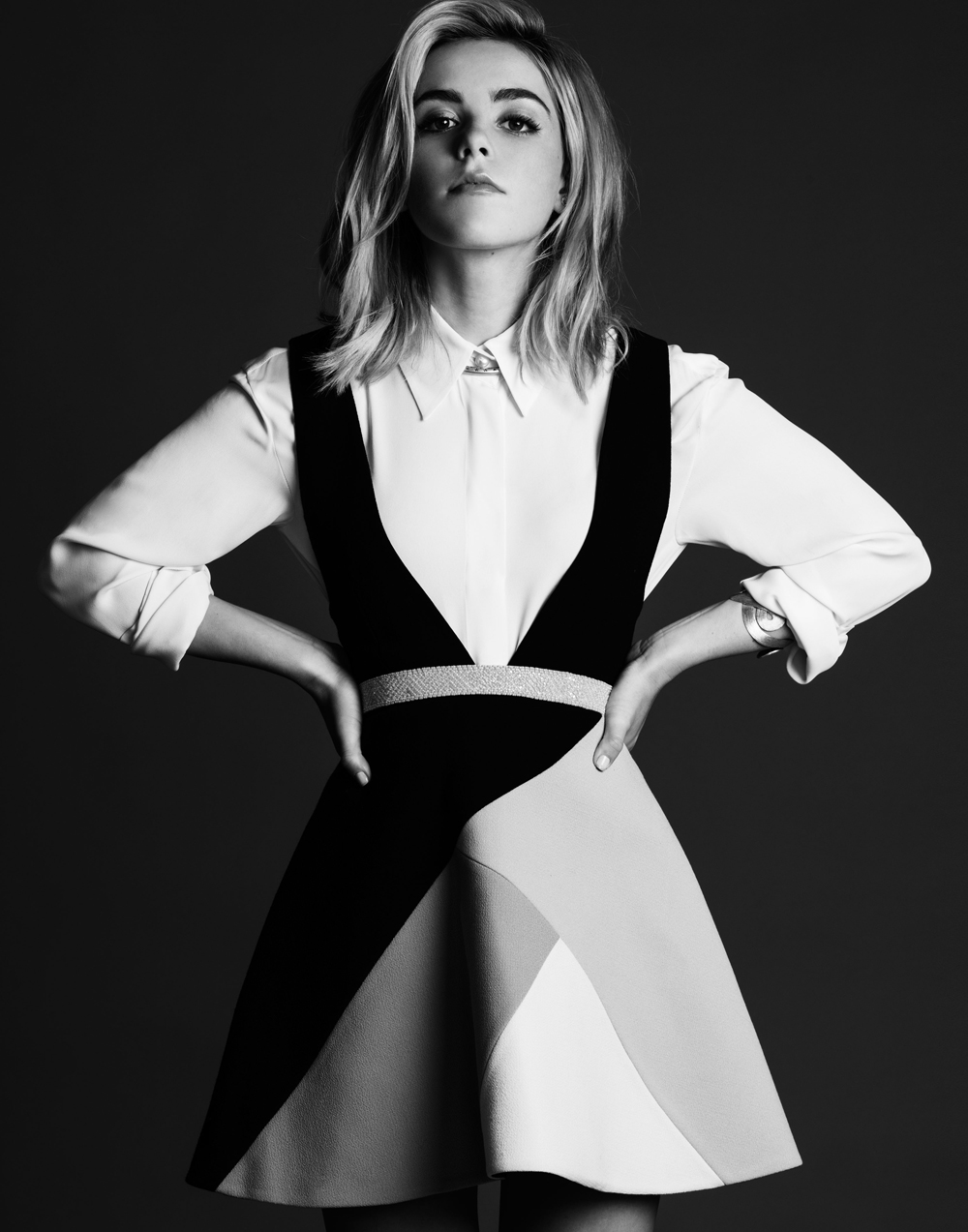 While Kiernan shares a kindred innocence to her character Sally, in real life she is a far cry from the rebellious coming-of-age teenager she portrays on screen. Her on-screen mother and real-life friend January Jones couldn’t agree more.

“Kiernan’s a very mature, well-parented, put-together young woman,” January said. “She has remarkable depth both on and off-screen. It’s been a privilege watching her grow up.”

Reflecting back on her most cherished item from the show, Kiernan shared, “Sally wears this necklace that says her initials S.B.D., Sally Beth Draper. She always wears it and it’s very special to me.”

The critically acclaimed show, which has won fifteen Emmys and countless other awards, has made Kiernan no stranger to the red carpet. It's her permanent modernity, elegance and timeless style that have put her on the map in the fashion world. From wearing a straight-off-the-runway Ferragamo dress at age 12 to sitting front row at Zac Posen’s New York Fashion Week show last season, Kiernan never fails to stand out. 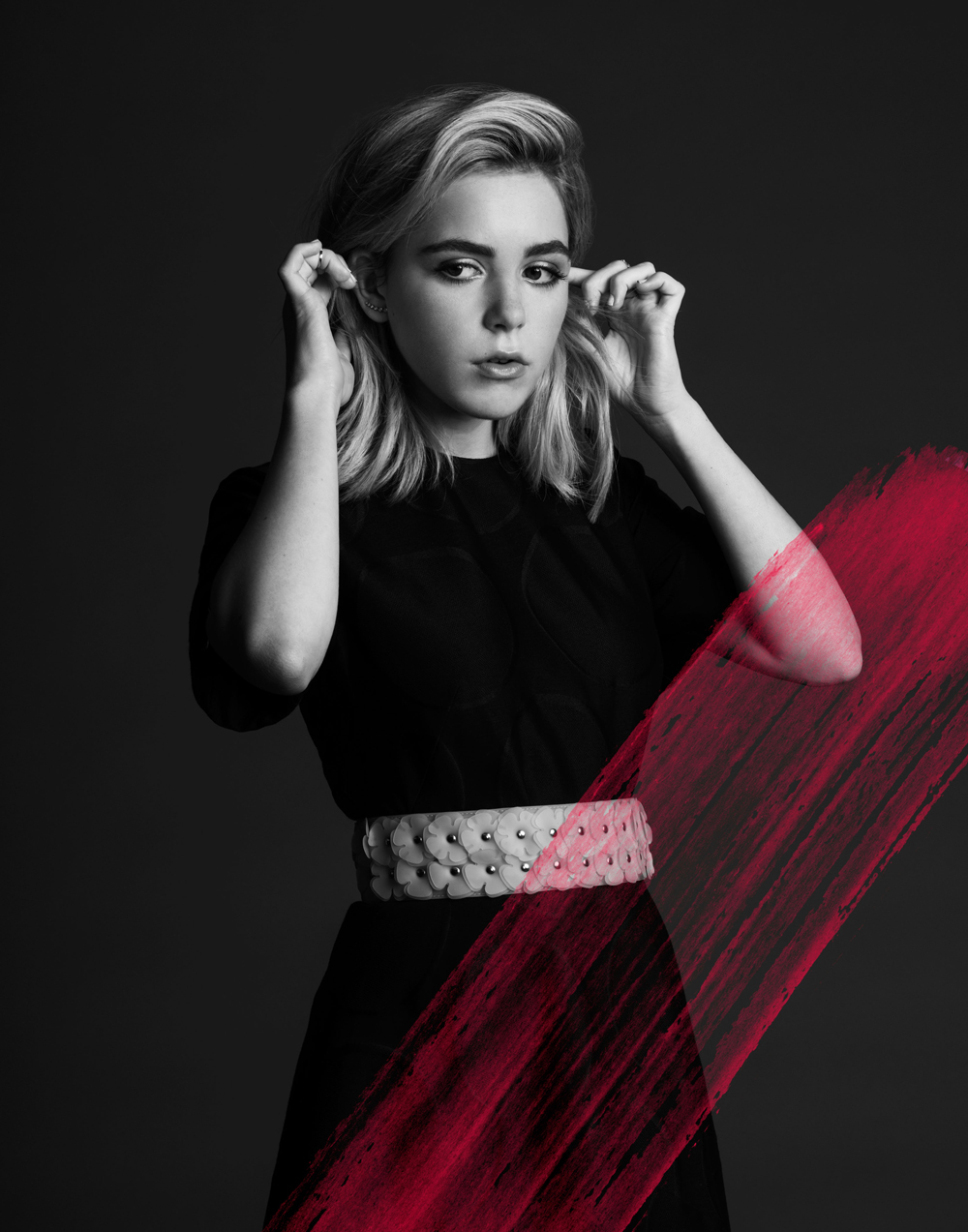 Kiernan and the final seven episodes of Mad Men return to AMC on April 5th at 10/9c. The in-demand young starlet also has two big movies out later this year -- One and Two (a supernatural thriller about two siblings escaping from a troubled home) and Fan Girl (a family drama about making movies co-starring Meg Ryan).

With a movie career in full swing and a fashion star on the rise, this promising ingénue is slated to join the ranks of Drew Barrymore, Claire Danes, and Natalie Portman --well-established female actresses who successfully transitioned from child star to grown-up leading lady. 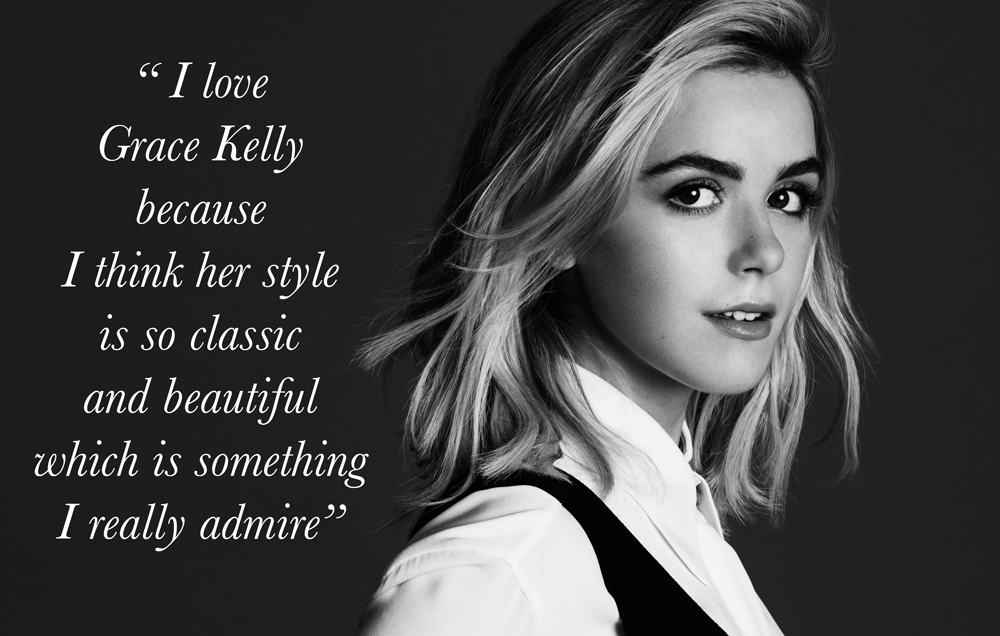 Just Jared: What was your favorite scene to shoot for Mad Men?

JJ: Which quality of Sally Draper do you wish you had yourself?

KS: One that I've always just admired so much is her strength. She has not had the easiest time and I just think that she is so strong, independent and perceptive. She really knows herself very well and I think Sally is going to be all right. She just has the mentality to do really well.

JJ: Who is your celebrity crush?

KS: Eddie Redmayne is awesome. He was great in The Theory of Everything and he’s so nice too.

KS: One of my favorite apps is VSCO, which is for editing photos. I think they have great filters. And then I read the New York Times. 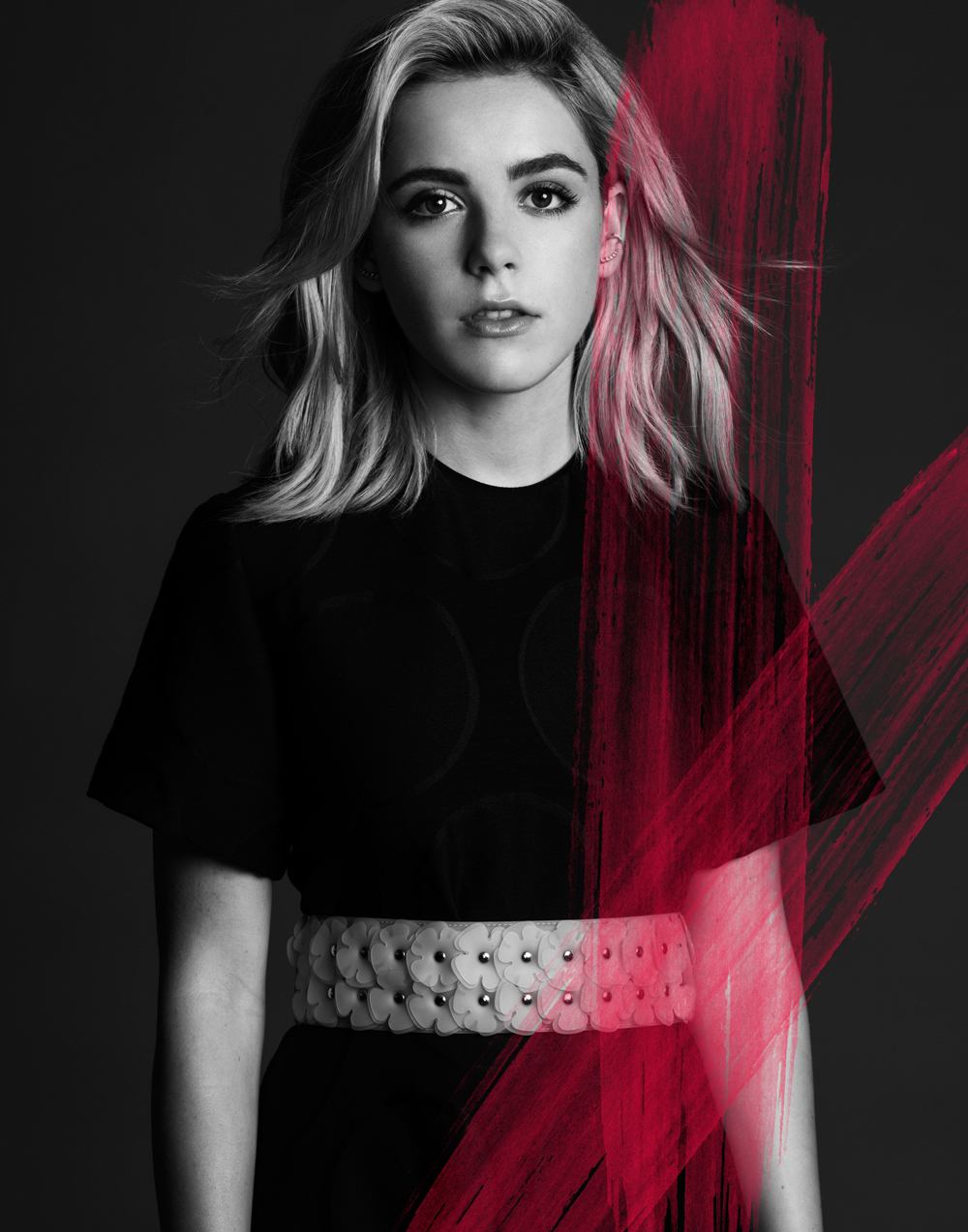 JJ: What are you singing in the shower nowadays?

JJ: How did you earn your first dollar?

KS: Well I was a Gerber baby, so probably that. [laughs] But in cash, I used to do lemonade stands a lot.

JJ: Pick two celebrities to be your parents.

Behind The Scenes: Beauty Feature

Makeup artist Kirin Bhatty began her work by treating the complexion and skin with a damp beauty blender. She got the blender damp with Chanel's Hydra Beauty Essence Mist and then used Eve Lom's Flawless Radiance Primer with Kate Somerville Goat Milk Cream to get the skin nice and dewy before applying makeup. Since Kiernan has such incredible skin, she used just a touch of Nars Radiant Creamy Concealer to spot treat. 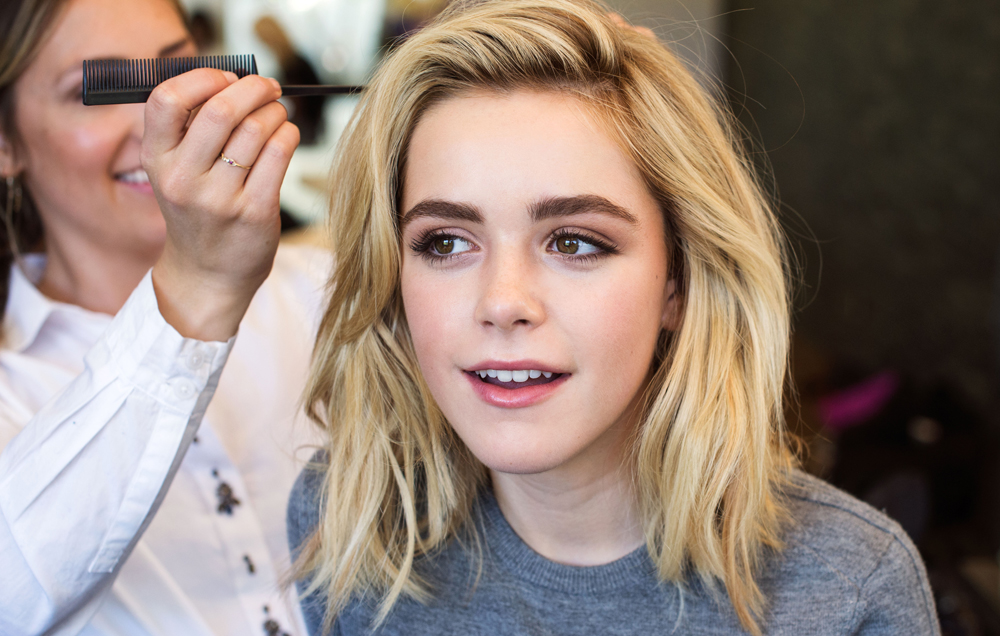 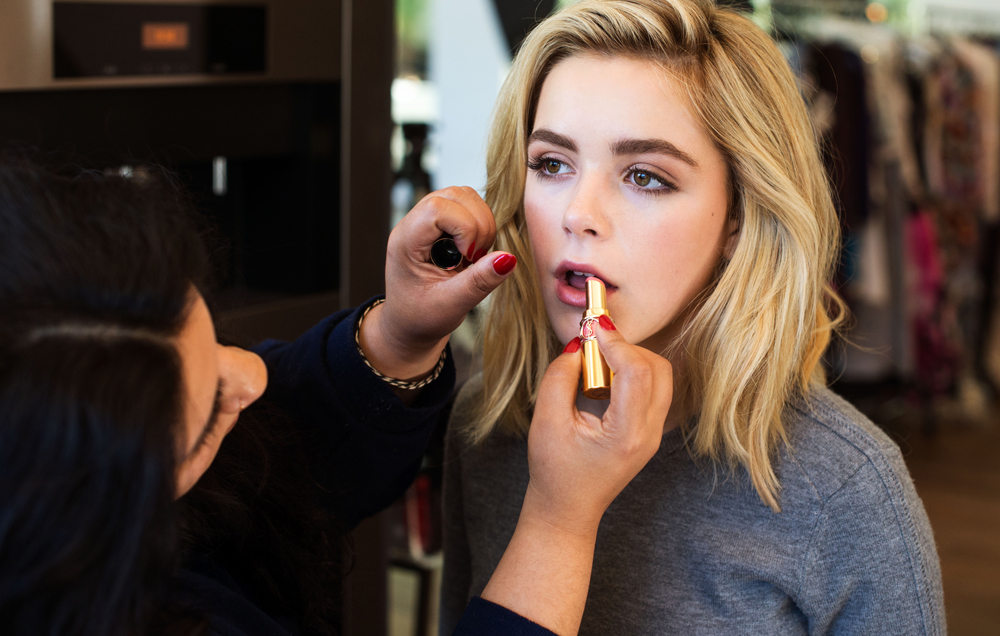 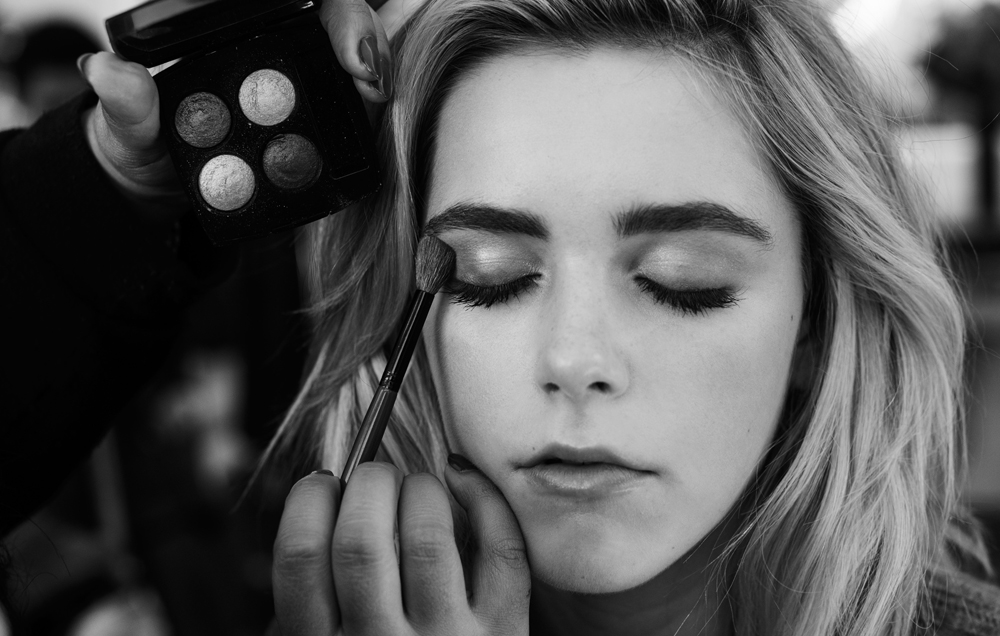 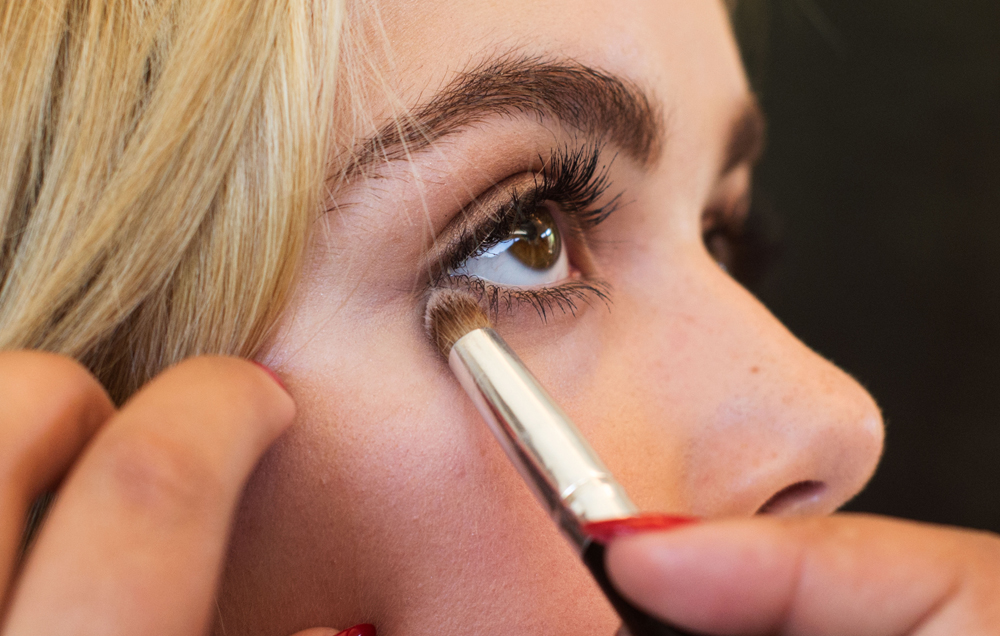 Kirin used Nars' Key Largo as a nice wash of color all over the entire eye to achieve a warm toned base for the look. Then she used Chanel Les 4 Ombres shade #228 with Illusion D'Ombre pressed into the center of the eye in shade #93. She lined the top and bottom of Kiernan's eye with Smashbox Always Sharp Liner in penny lane and smudged it just a bit with a Charlotte Tilbury brush. The brows were groomed with Dior Universal Brow Styler and gelled into place with Tarte's Colored Clay Tinted Brow Gel in medium and rich brown. Kirin finished with two generous coats of Diorshow mascara. 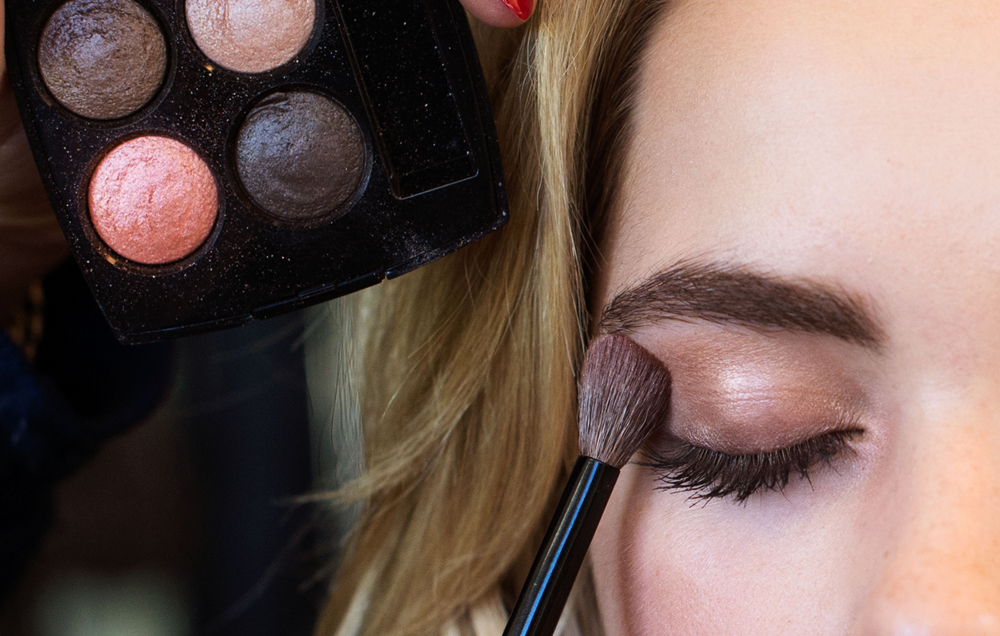 The lips were treated with Lucas Papaw before applying color. Tarte's Limited Edition Amazonian Butter Lipstick in ethereal pink was applied to the lips from the tube and then pressed in with a finger to create a soft, lived in effect. 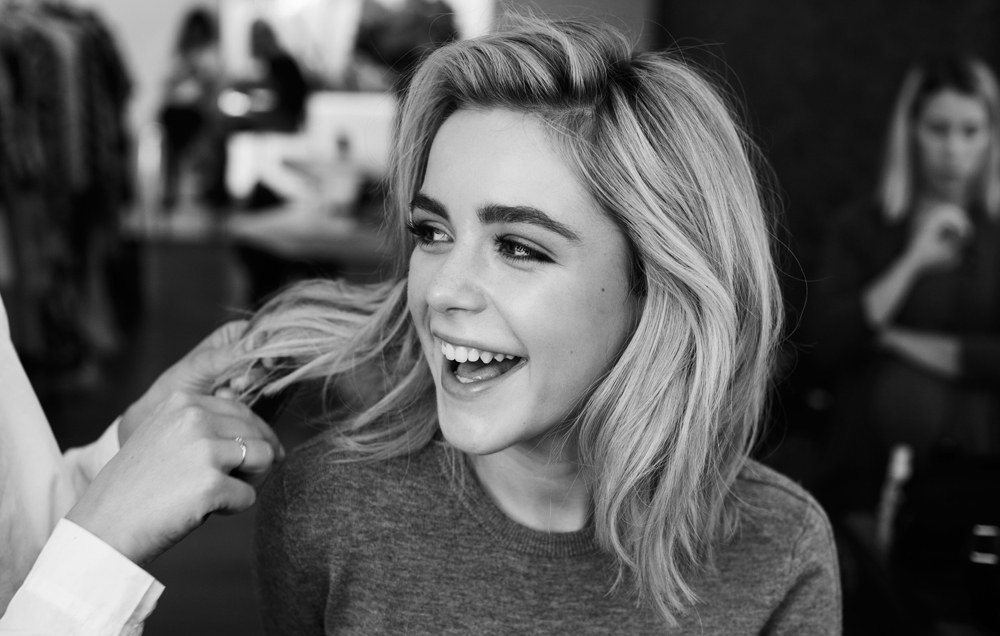 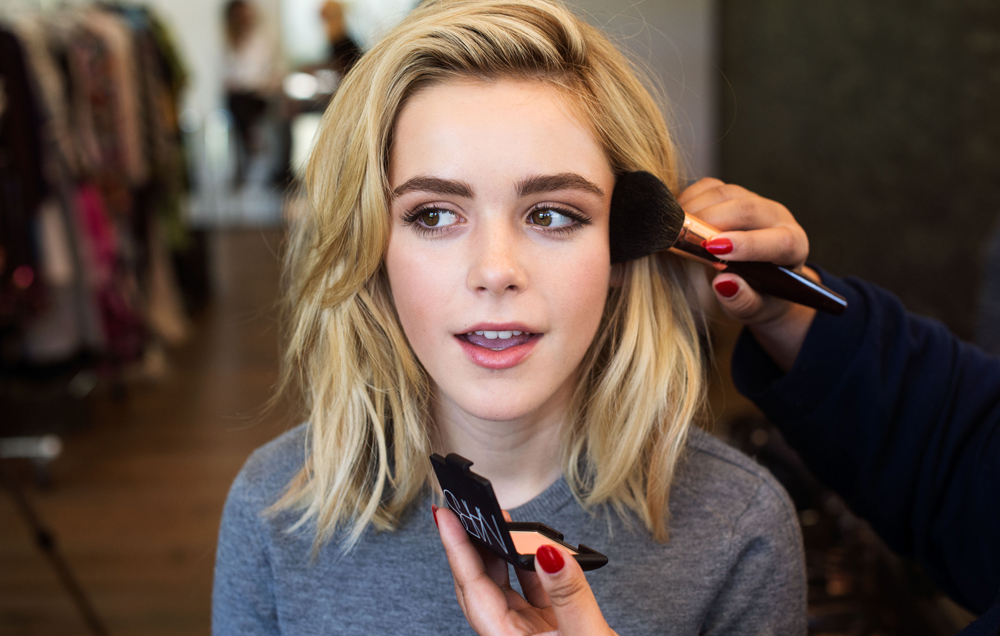 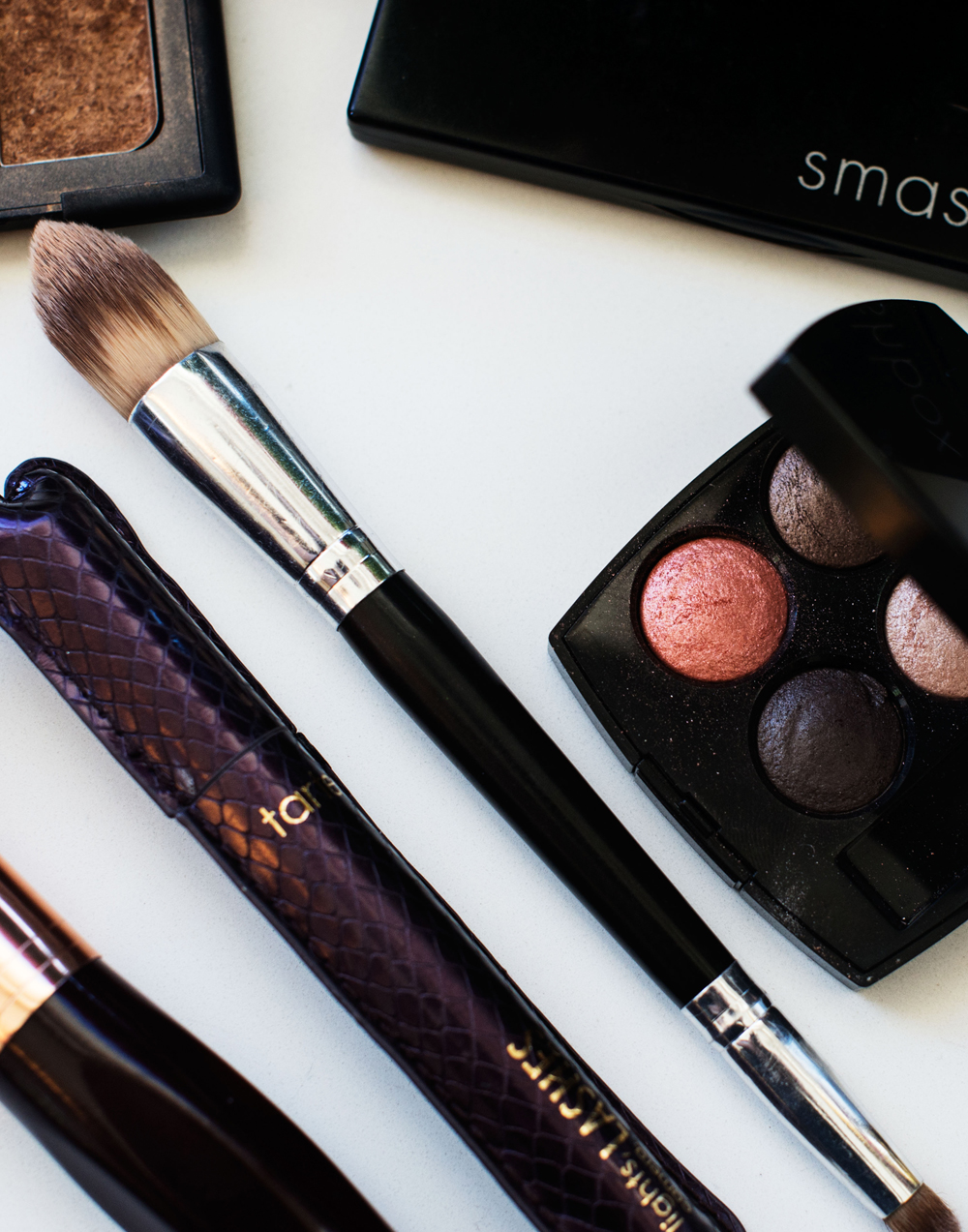 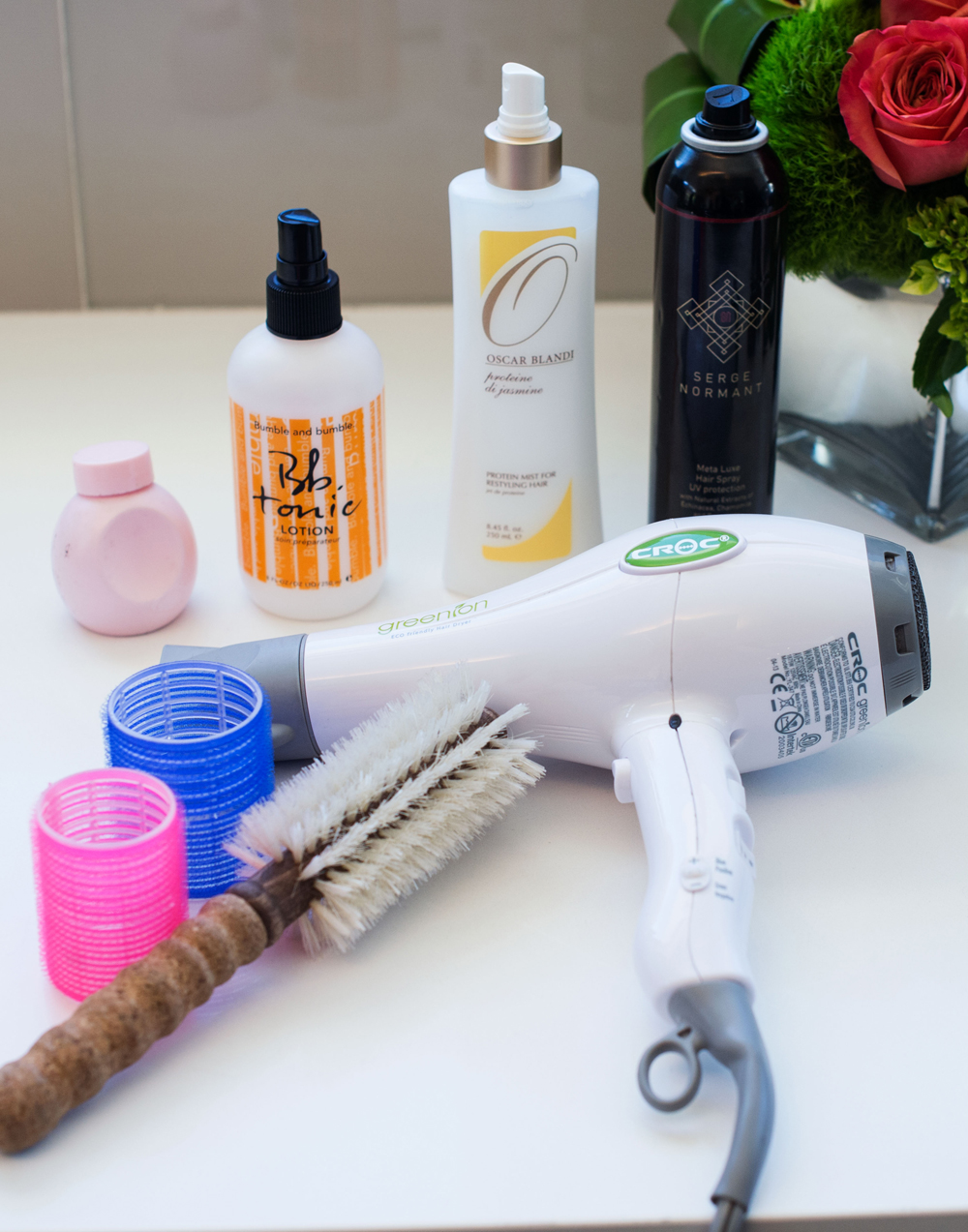 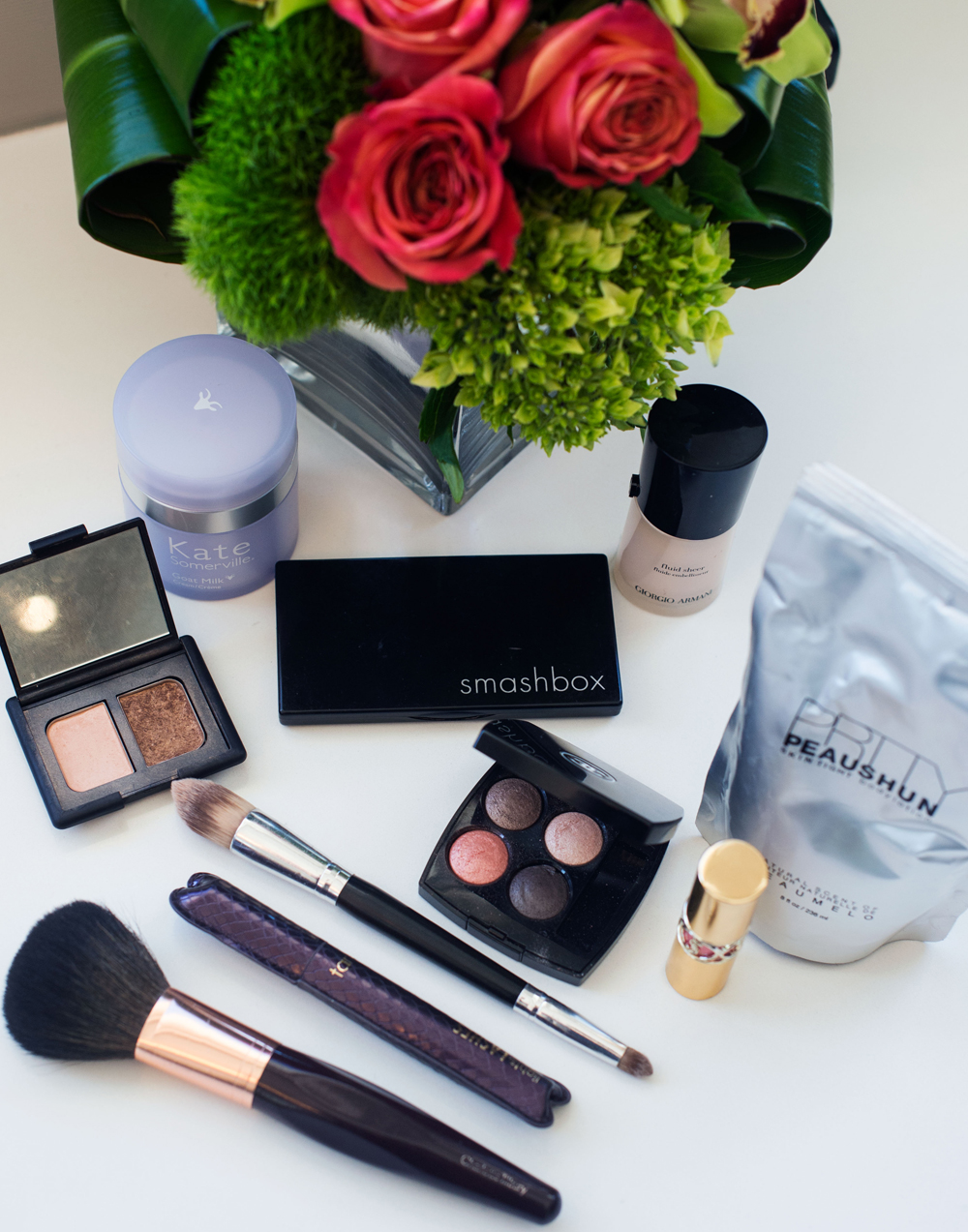